In a Foul Mood

Have you ordered fabric from mood? Did you loose your mind?

I'm having the worst time. I'm out almost $200 and all I've received so far is 4 swatches! My order was supposed to be here a week ago.

Here are my list of grievances, in chronological order:

1) There's no option to use USPS. It's UPS or nothing so it's more expensive than it needs to be.

2) They put the wrong postal code on it so it took 50% longer than it needed to, and that whole time I had to be on standby to pay the brokerage, which was $60! (Now I know how it works, I can avoid the brokerage fee in the future but I was curious to see how much it would actually cost)

3) I had ordered and paid for (and paid tax and brokerage and shipping for) 6 yards of fabric and 4 swatches but when the package finally arrived, there was no fabric! Just the swatches!

4) I called and let them know that I had received an incomplete order and the woman I spoke to said they would call me back and they didn't!

5) When I called them back, I spoke to the manager Nour and he was unhelpful and seemed put out when I asked him what they were going to do and to confirm that I wouldn't incur another $90 in shipping and brokerage charges. Seriously. He couldn't have been more unhelpful if he tried. And when I asked for an apology, he just got crazy defensive.

6) I asked Nour to send an email with the details of the steps they were taking to rectify the situation so I could have a record, because he sure wasn't being clear with me but the email didn't come. Furthermore, It was Friday afternoon and because I didn't get any confirmation I was stressed about it all weekend!

7) On Monday, when I finally got the automated confirmation that my package had shipped, it had the wrong tracking number, so I had to call them again to get the right one.

8) My package was supposed to be delivered today, but instead it had to go back to the central UPS warehouse, delaying delivery by another day, because they had gotten the postal code wrong again. Even though I had notified them when I called and asked that they ensure that it was corrected.

The thing is, it's not the incomplete order then pissed me off, it's the terrible customer service. They basically acted totally put out that I needed them to correct the mistakes that they made.

They didn't even apologize! They basically did eveything possible to ensure that I would never order from them again and tell all my friends that they suck. It was like they didn't even hear anything I said when I was on the phone with them.

AAAAAARGH! Am I the only one that has had a terrible experience ordering from Mood?

Anyway, I called the store and Eric Sauma is supposed to call me back. I'll believe it when I see it. 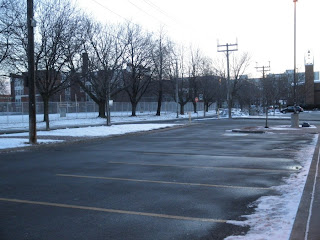 Can't you tell that it's spring? Can't you just smell the scent of jasmine blooming in the air?

Update: I never heard back from Eric but I did get a call from Nour apologizing profusely.  I'm choosing to believe that the complete 180 in attitude came from Eric putting the screws to him. I've never spoken directly to him but I feel pretty confident that Eric and I are on a first-name basis.

And my fabric finally came! I'll say this, they give very generous cuts of fabric. I bought 3 fabrics, 2 yards each and all three were a good 2 1/2 yards. Woot. 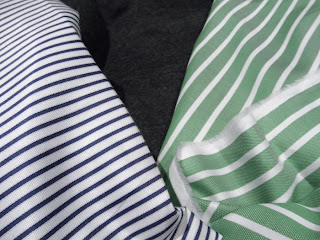 Budget-wise (but maybe not exactly wise) the whole kit and caboodle cost $190. In future, I will definitely be avoiding the brokerage fee. Ugh. So I'm at $245 for March, if I'm not mistaken. I'm pretty sure I'm gonna be over $250 this month. Still 10 days to go!
Posted by DanaRose at 08:09